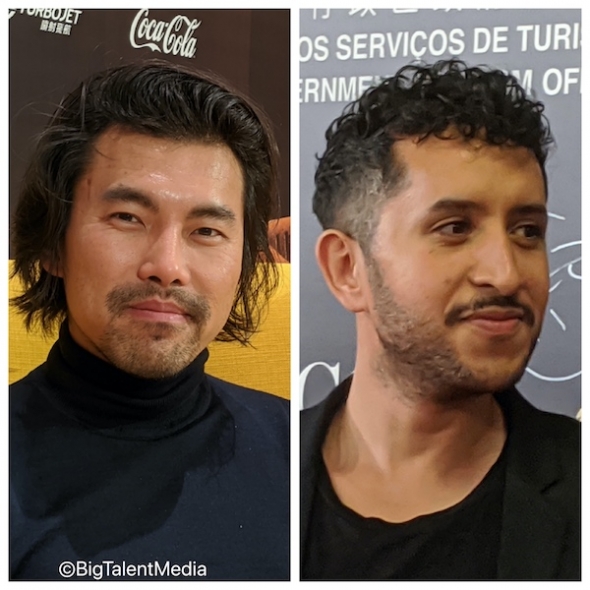 TWO DIRECTORS to look out for – Johnny Ma and Fyzal Boulifa were unveiled to the media and the Macao public here, respectively, yesterday (December 6).

Ma is Chinese-Canadian and has his latest film, ‘To Live to Sing’ screening in the New Chinese Cinema section, while Boulifa, a Brit, had his debut feature, ‘Lynn + Lucy’ screen last night as part of the festival (December 5-10) and he talked a little about his film with the audience in his introduction.

Ma’s film is centred around Chinese opera and ‘To Live to Sing’ had its world premiere at the Cannes Directors’ Fortnight section earlier this year. Ma is one of the world’s upcoming directors and talked to acv about what made him want to do a film about Chinese opera singers – a dying breed and culture in the country of his origin. He moved to Canada when he was 10 from Shanghai and today resides in Mexico, but spends much of his time in North America and China.

Boulifa has an impressive pedigree as a short filmmaker – winning the Directors Fortnight section award for shorts at Cannes twice – a feat believed to be unprecedented.

www.asianculturevulture.com saw ‘Lynn + Lucy’ and it is an impressive first feature – gritty and uncompromising – and it may look a bit like a Ken Loach film, as Boulifa alluded to in his intro to the film last night, but his film explores the deep emotional territory of (female) friendship through a shocking incident. He spoke to acv this afternoon and we will bring you the interview soon… stay tuned!

More on both films and the two directors soon.