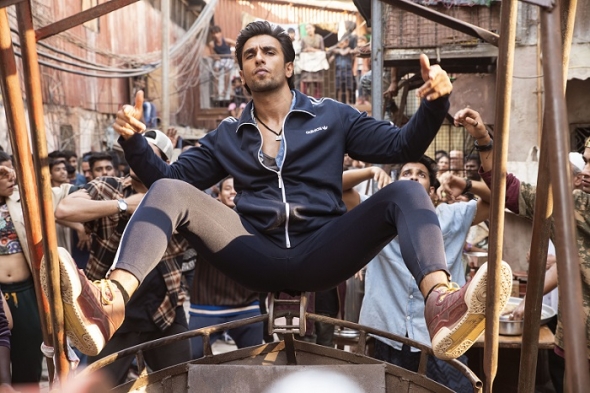 AFTER a slightly flabby opening (establishing the lead, ‘Murad – played by the rising constellation that is Ranveer Singh – from the ground up), Zoya Akhtar’s rags to riches tale of a rapper is a fabulous ride.

Unusually and certainly for Bollywood, it succeeds by wrapping together that rare combination of social realism and a rather more typical strain of the underdog making it.

In that sense it takes a risk, and in another, it focuses on a genre of music which in India, is still relatively niche, urban and youth orientated – some older folks will simply baulk at it because of that.

But that is to miss what is, in many ways, a Bollywood film with balls, if you will excuse the expression. There is entertainment and a message – to dream big, whatever your station in life (in India).

In the West, that is almost a cliché and we have countless examples of those, especially in the music business coming from humble circumstances, (Eminem and his film ‘8 Mile’ have acknowledged echoes in ‘Gully Boy’) and smashing it – but in India as one of the characters says everyone sees “caste and class” first.

Everywhere in a professional and social sense, Murad is thwarted.

Whether its snatched moments with his girlfriend – ‘Safeena’, played by the equally luminous Alia Bhatt, or by an overbearing and violent father (Vijay Raaz) and a cloying family situation that sets the bar so low that a job in an air-conditioned office is the height of their dreams, there is frustration and irritation.

Those petty daily micro aggressions and put-downs that India specialises in come into sharp focus.

What Murad does is channel his anger and energy into his music.

There are rough edges and an inconsistency or two, but you would be silly to eschew this film because of these.

It’s powerful, uplifting and inspirational, but whether a whole nation can see past its darker edges to celebrate a new and emerging India (500 million Murads) will be fascinating. (Sailesh Ram)
ACV rating:**** (out of five)

‘Gully Boy’ is on release from today (February 14)