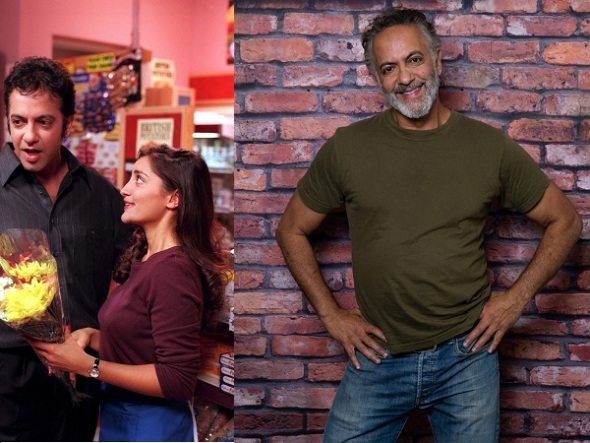 AS WE CELEBRATE the 60th birthday of ‘Coronation Street’ – the longest running television soap – according to the Guinness Book of Records – we believe that one of its resident’s Dev Alahan will be setting another record.

www.asianculturevulture.com firmly believes that the character portrayed by actor, Jimmi Harkishin is the longest running single Asian character in any British television soap. (We defy you to come up with an alternative!)

This British television serial is affectionately referred to as ‘Corrie’ by its many fans.

Alahan first walked into Weatherfield – the fictional suburb of Manchester where the drama takes place – on November 10 in 1999, after buying the shops owned by his uncle, Ravi Desai (Saeed Jaffrey) and run by his children Nita (Rebecca Sarker) and Vikram (Chris Bisson) previous residents of the street.

Desai had already left to visit his family in India by the time we first see Dev, and in due course his children would also leave the street. Nita left in May 2000 and Vikram in 2002. Both later appeared as different characters in another ITV soap, ‘Emmerdale’, but that’s another story.

The Corrie narrative is that, “Dev is a bit of a businessman brought up in the Birmingham area” and a charmer and entrepreneur, who has had his ups and downs but now he is a single parent of teenage twins, Aadi (Adam Hussain) and Asha (Tanisha Gorey) whom he is trying to bring up as best as he can. (You can learn more about it in our interview below).

As part of his backstory his parents were Ranjiv and Urmila Alahan (née Desai/sister of Ravi Desai) originally played by Raad Rawi and Souad Faress, respectively.

According to Corrie Fandom the parents made their first appearance in on October 3 2001, when they come to meet barmaid, Geena Gregory (Jennifer James) who is Dev’s love interest and potential fiancée.

Acv caught up with Faress and she told us: “I have no idea why it took so long for us to come into it.

“I think what happens in soap is that the predominant character (Dev) carries on their life and in the background sort of unspoken and unsaid is the family life that hasn’t been examined; much like everyday life when children leave home it’s longer and longer between calls.

“We were brought in basically to vet the upcoming girlfriend, not mad Maya (Sasha Behar), but his actual girlfriend (Geena),” she recounted. “The first thing we did with Jimmi and the first thing that we did at ‘Corrie’ was we walked on set as the last scene on a Friday afternoon, which was their last day of work in the week at that point.

“We were quite secret at that moment. I liked working there particularly because I was in Manchester which was an old stomping ground for me and it’s a very warm place to be.”

Faress, who has been in several soaps, added: “I’ve done several soaps and I think that ‘Coronation Street’ was the fastest working soap at that time due to the number of episodes a week, so you were expected to match that professionalism and get on with it and be ready and perfect on set. Know your character, know your lines and do your job. There is a completeness to that teamwork which was very satisfying.”

It was a short stint, as Faress and Rawi were working elsewhere and in the best traditions of soap and were recast by Jamila Massey and Madhav Sharma.

Meanwhile Dev never did end up marrying Geena but then went on to fall for solicitor, Maya Sharma (Sasha Behar) which didn’t work out and then later on went for Sunita Alahan (née Parekh) played by Shobna Gulati, who is the mother of the twins and was herself later murdered in 2013.

Dev who lives at 7 Coronation Street is very much an active member of the community and we wonder what the next decade has in store for him.

To find out more about the life of Dev and how Harkishin has found portraying him, click on the video below…

All pictures: Courtesy of ©ITVplc