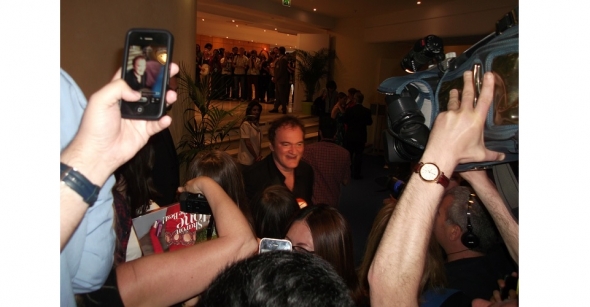 This is connected to the story HERE

William Dafoe, a member of the competition jury

Charlotte Gainsbourg at the premiere of 'Incompresa'

Cast of Titli assemble before the premiere of their film

Looking down at the Soixante theatre Palais De Festivals, Cannes

The beach at La Bocca,a surburb of Cannes

Privacy & Cookies: This site uses cookies. By continuing to use this website, you agree to their use.
To find out more, including how to control cookies, see here: Cookie Policy
← Toronto International Film Festival 2019: Dev Patel in ‘The Personal History of David Copperfield’ (tonight; early hours UK)
‘Baahubali – The Beginning Live’ comes to the Royal Albert Hall, with a full orchestra and stars Prabhas, Rani Daggabuti, Anushka Shetty, director SS Rajamouli and composer MM Keeravani and here’s your chance to see it for free…(p) →