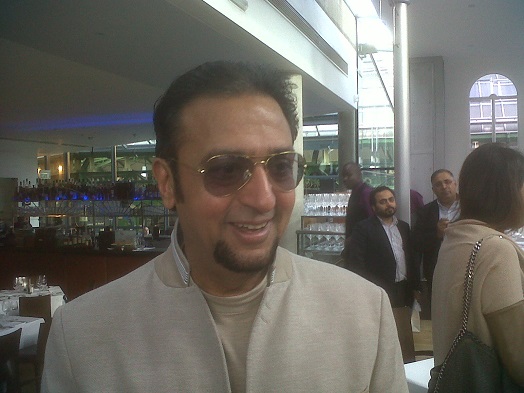 ACTING icon Gulshan Grover is well-known for playing Bollywood tough guys, but it wasn’t always like that as he revealed at a special talk at the top London restaurant, Roast.

When he first entered the industry, Bollywood hard men were physically imposing, tall and buff.

Nobody believed he had the credentials to carry off such roles.

“You needed to be 6ft tall and when you walked into a room, people had to notice you – they said nobody would even look at me twice,” he revealed candidly.

“It was tough and people took a lot of persuading, but in the end directors gave me a chance and took a gamble,” he told www.asianculturevulture.com after the talk.

He said he was drawn to such roles because he felt he had something different to offer – and after 400 movies, who would argue? Known popularly as the ‘bad man’, a phrase he made his own, he is very friendly and illuminating in person.

“I found these roles more challenging, I liked playing the larger than life characters,” he added to ACV.

Not only has he featured in so many Bollywood films, he is one of a handful of Indian actors to have made the crossover to Hollywood.

He has also appeared in independent productions in India, calling it ‘parallel’ cinema and won an award for his starring role in the film, ‘I am Kalam’ (2010), which won many festival prizes around the world.

At the closing ceremony of the London Indian Film Festival a few days earlier, he had declared how proud was of the changing face of Indian cinema and suggested at the talk that Bollywood was looking and learning.

“There are encouraging signs – experiments have been successful such as ‘Vicky Donor’.”

This 2012 film which featured no established stars, but was produced by Bollywood hunk, John Abraham, did extremely well at the box office and was about the controversial subject of sperm donation and fertility clinics.

Educated at a prestigious business college in Delhi, Grover spoke extremely eruditely about the film industry and the ‘Bollywood family’, to which he feels he belongs, his long career and the changing landscape for films in India. He was a drama teacher when he first started out before making the transition to full time acting.

He explained that Bollywood films try to appeal to the largest common denominators and and that there is such a stark contrast between the have and have nots in India, it is inevitable that popular films have to converse in a ‘universal language’ that works for both groups.

“In the West, you do not have to explain things, so many times I had to be wired up with a bomb in my hands and a big button threatening destruction.”

He said this kind of filmmaking often left a bad and false impression.

“Bollywood does not reflect what people there are capable of – there is a lot of talent,” he declared.