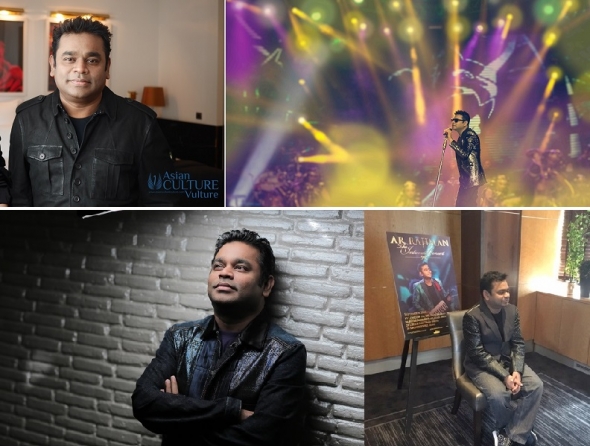 Called ‘Yesterday. Today. Tomorrow’ it will see him play many of his hits in a career that started in Tamil films with ‘Roja’ and continues to this day with films such as the current ‘MOM’ release (a Bollywood rape revenge drama with veteran star Sridevi in the lead role) and the renamed for India, ‘Partition 1947’ – Gurinder Chadha’s ‘Viceroy’s House’.

The maestro recently tweeted about his delight that the music from that film has been shortlisted for a World Soundtrack Award Public Choice Award.

Yesterday also, an interview with Channel 4’s Jon Snow was broadcast – he posted a link to it on his Twitter account.

The star who earlier this week had been doing the publicity for the music launch of ‘Partition 1947/Viceroy’s House’ in India, also broadcast a live Twitter video of his arrival in the capital on Wednesday.

We last spoke to him in Cannes about the forthcoming Tamil epic film project, ‘Sangamithra’; he also spoke to us face-to-face in London last July, when a series of concerts had been booked – but then these were postponed.